The Pennine Acute NHS Trust have admitted breach of a duty of care after failing to diagnose an ectopic pregnancy in a patient and she was sent home from hospital during the busy Xmas period.

Miss S went into the Royal Oldham Hospital on Christmas Eve with cramps and bleeding.  It was early into her pregnancy and she was told she probably had a urine infection, blood tests were done and after being seen by a Doctor in the Gynaecological Assessment Unit she was sent her home.  Prior to these events Miss S had suffered three previous miscarriages. 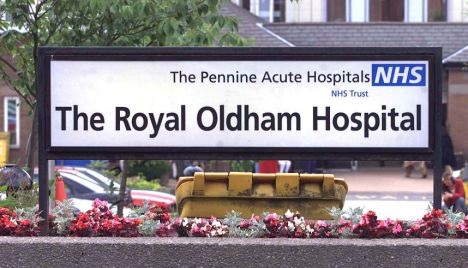 She went back to hospital on December 26th still in pain, with vomiting and bleeding, at no time was she given an Ultra Sound.  A Urinary Tract Infection was confirmed and she was sent home.

Over the next two weeks Miss S continued to be in pain, but said she felt secure that she had seen a Doctor and put the symptoms down to the UTI.  On January 9th she collapsed at home and her GP referred her to A&E at the Royal Oldham Hospital where an Ultra Sound revealed an ectopic pregnancy.

Miss S had to have a laparotomy, lost a 2.5 litres of blood and required a blood transfusion.

She approached Pearson Solicitors to make a claim on her behalf and the Trust made a £15,000 settlement.

Medical Negligence Solicitor, Jacqui White, who handled the case said:  “Had the Ultra Sound been performed earlier she would have avoid a great deal of pain, suffering, scarring and the frightening episode of a collapse at home.  This was a very upsetting time for her and was something that could have been avoided.”